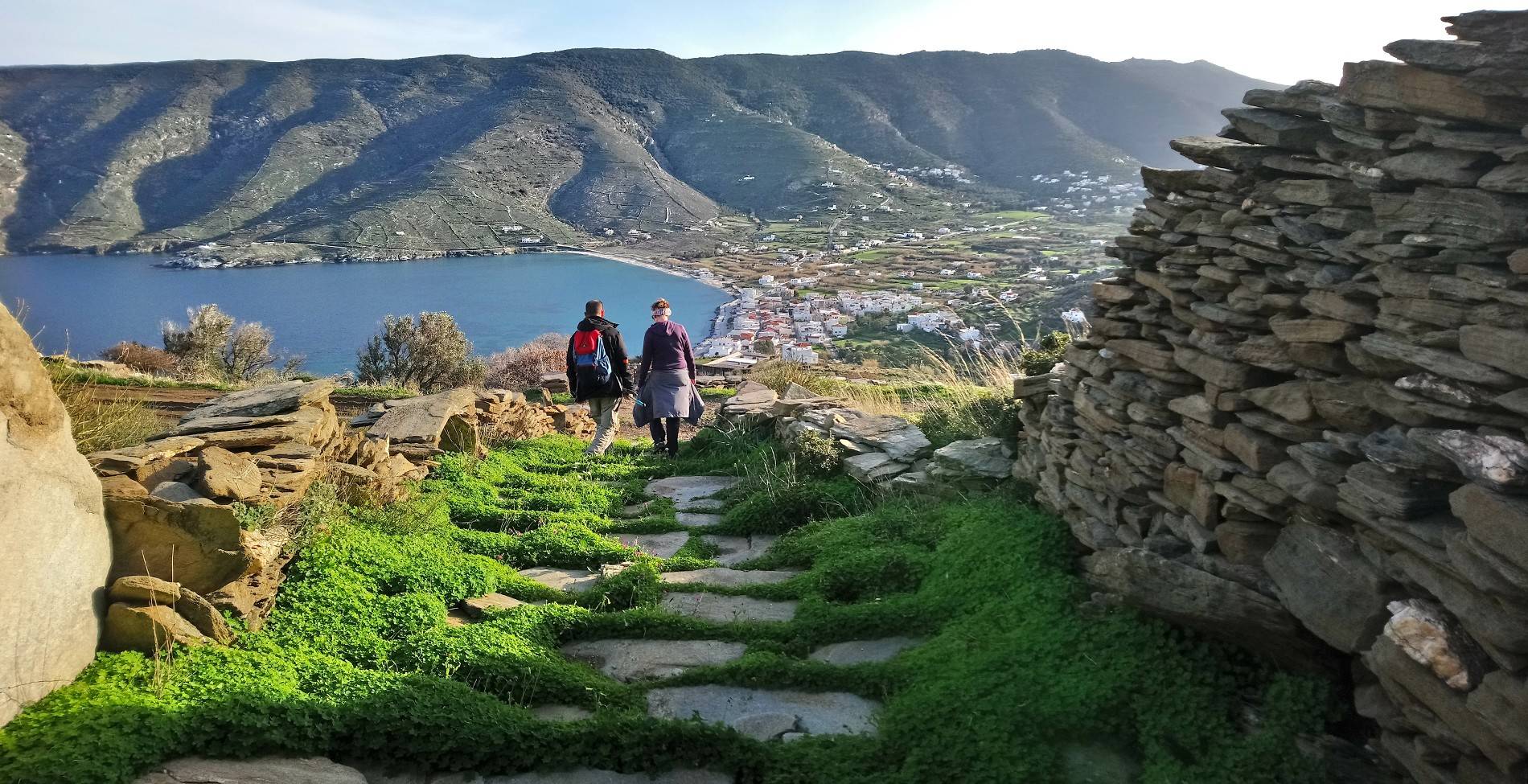 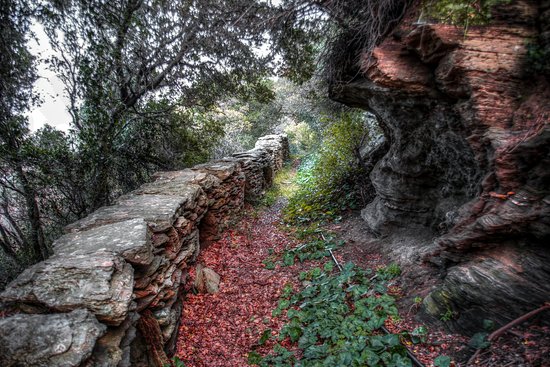 Andros is considered an ideal hiking island as its mountainous nature offers unique experiences for hikers. It has been certified for its trails by the European Confederation of Hiking Clubs and is the only island in Europe to own it. Andros has a wide network of trails, in many cases paved, that is estimated to exceed 300 km in length. 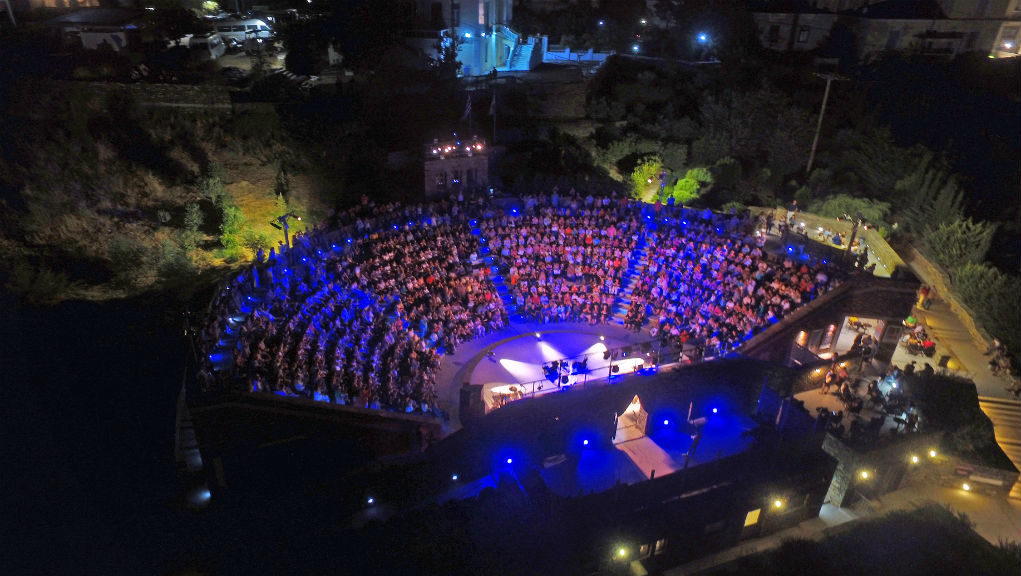 Andros has been characterized as an island of culture and it has a lot of cultural experiences to offer.

Various festivals are organized mainly during the summer months such as Gavriotika in the early summer, Corinthians, the Andros Festival and the Ploes in August.

The religious feasts are numerous. Some of the most important are:
On Saturday after the Immaculate Hymn, the feast of “Panagia Theoskepasti”, on Friday after Easter, the feast of “Zoodochos Pigi”, Clidonas, an ancient custom that revives on June 23. 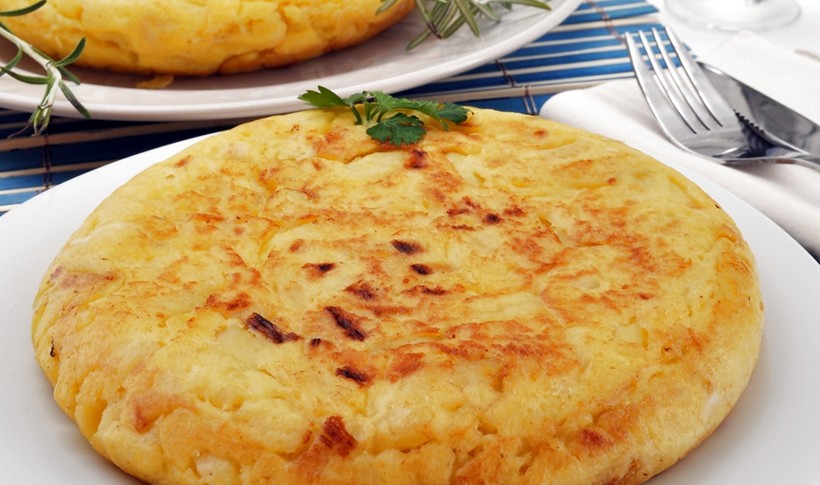 Andros’ food is directly linked to the products that Andros produces.

One of the most popular dishes on the island is a kind of omelette, froutalia. It is made with eggs, potatoes, mint and local sausages. The island’s famous seasonal dish is lambriatis , the Easter lamb stuffed with chopped livers, onions, eggs and cheese. The island produces excellent amygdalota, almonf sweets flavored with rose water. 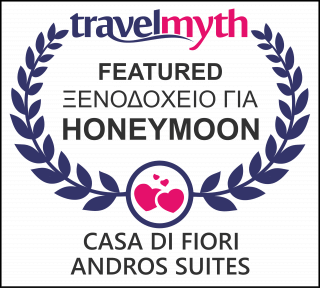 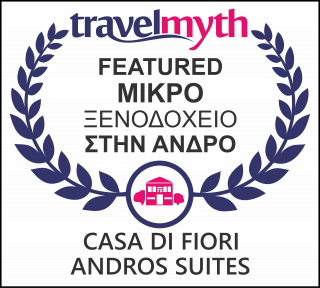 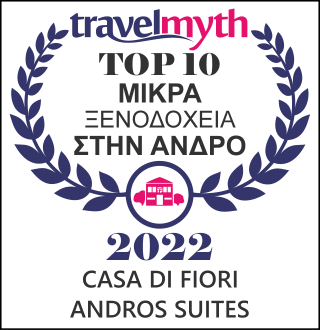 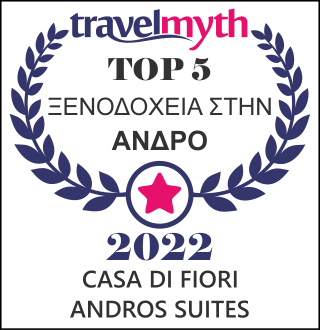 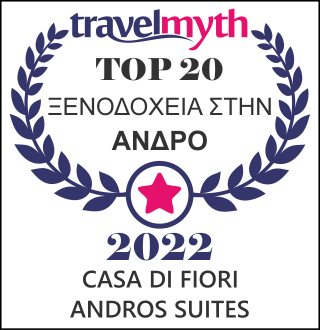 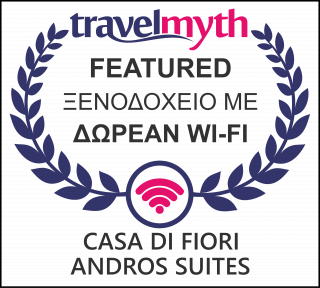 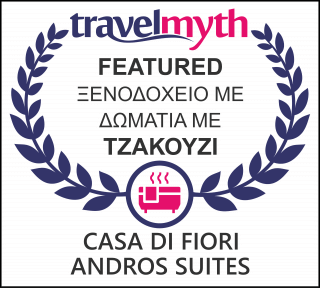